On March 16th the Dialogue welcomed the President of Costa Rica, Luis Guillermo Solís, for an open discussion on a variety of topics. Costa Rica currently holds the presidency pro tempore of the Central American Integration System (SICA). With persistent problems of crime and violence, ongoing migration challenges, lackluster regional economic growth, continuing concerns about corruption in many countries, and uncertainties about the new US administration’s policies, Central America faces a complicated and unsettled situation. President Solís discussed these issues and several others during this open discussion at The Dialogue.

The event opened with a few brief remarks from President Solís in which he addressed five challenges he believes to be facing the Central American region today. These challenges are the new dynamics of transnational organized crime, extra-regional migrations, regional and intra-regional migrations, slow growth, and reduction of social inequalities and exclusion.  Solís noted the importance of regional cooperation and how the policy choices of larger countries have significant effects on smaller countries of the region, “Whatever happens with immigration policy in the United States, it is going to affect Central America significantly.”

After his opening remarks, the President sat for a conversation with The Dialogue’s Michael Shifter. Solís spoke of how greater regional integration will be instrumental to combating issues like drug trafficking, corruption, and immigration. According to Solís, his number one priority in upcoming meetings with Senator Rubio and Secretary Kelly will be issues of regional security explaining that although immigration is a sensitive issue, “the situation still is not out of control.”  When asked about the recent call to suspend Venezuela from the Organization of American States Solís commented that “we must bet in favor of electoral solutions to the crisis in Venezuela to avoid undesirable violence.”

Solís answered several questions from the audience on a variety of topics including healthcare, education, and public service. Finally, the President ended the event with a hopeful call to action “If you can serve in any political position, and help people for the better- I recommend it.”

See pictures from the event here: 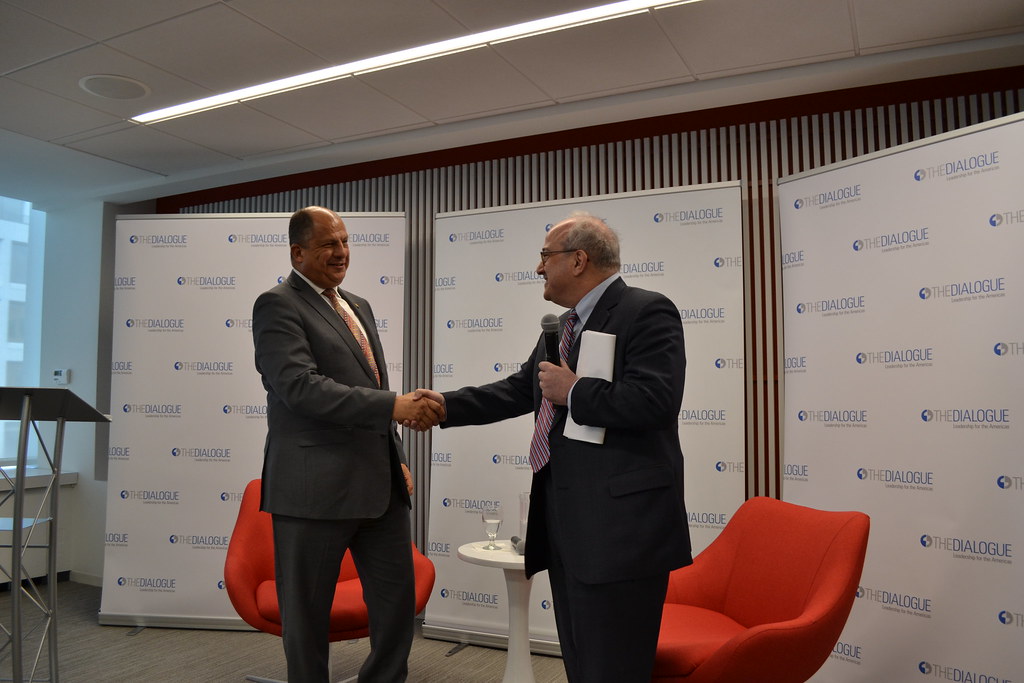 Exiles are Keeping the Faith

Why do Haitians leave their homeland? How do their leaders interact with government and civic institutions in their new localities?