On April 27th, The Dialogue, the Center for Strategic & International Studies (CSIS), and the Brookings Institution hosted an event with Argentina’s President, Mauricio Macri. In the event, Argentina: At a turning point, Macri addressed the country’s challenges and the current administration’s plans for the future.

In his one and a half years as president, said Macri, and after 30 years of populism, isolationism, and internal confrontation, Argentina has entered a new political stage. This change, he highlighted, was demanded by the people. However, he explained, it requires time and effort.

He thanked the international community for their increased support while mentioning the numerous recent presidential visits to Argentina, his planned visit to Japan and China, and Angela Merkel’s visit this June. With the help of the Inter-American Development Bank (IDB) and the World Bank, Argentina has been able to launch its biggest infrastructure plan to better connect one of the biggest countries in the world.

Inflation, fiscal deficit, unemployment, poverty, and lack of quality education are some of the Argentina’s biggest problems today. These are all problems that the administration is working on fixing. He mentioned that his policies have had over 50% backing—twice as high as most of the countries in the region.

Macri stated that throughout his meeting with Trump and his team they were open to finding solutions on the matters discussed. He added that the US and Argentina should take advantage of the great integration opportunities they have.

Developing effective policies in the energy sector was addressed as a priority for Macri’s administration. Argentina should exploit its resources to become an energy exporter again, with two goals in mind. The first is to accomplish energy security and the second to achieve sustainable production and consumption. This area presents a partnership opportunity with the US since it has the technologies that Argentina requires. Macri’s intention is to develop a long-lasting economic relationship with the US, one that goes beyond energy.

Regarding trade between the two countries, Macri explained that their economic situations are very different. Finding balance is crucial since the US has one of the most open economies in the world, while Argentina has been one of the most closed. In attempts to gradually open the economy, the government is also having talks with Korea and Japan. The idea is that economic integration will help the country achieve sustainable growth. Because Argentina kept a closed economy for over 30 years, Macri highlighted the importance of making these changes gradually, since it also requires a cultural change, he said.

When asked about the current crisis in Venezuela, he answered that the country is facing a deep human rights violations as well as undemocratic rule. He called for the international community to continue demanding elections and the release of political prisoners to restore democracy.

Finally, Macri discussed the coming mid-term legislative elections in Argentina for which he feels confident. He believes that the citizens appreciate his work despite the difficulties. “The will of change is still very high,” the president said. He highlighted the recent efforts they have made with the opposition in Congress. Macri believes that the change that began with his election will not stop and he sees Argentina in 20 years as a leading international power.

Watch the recording of the event here

Pictures of the session can be found here 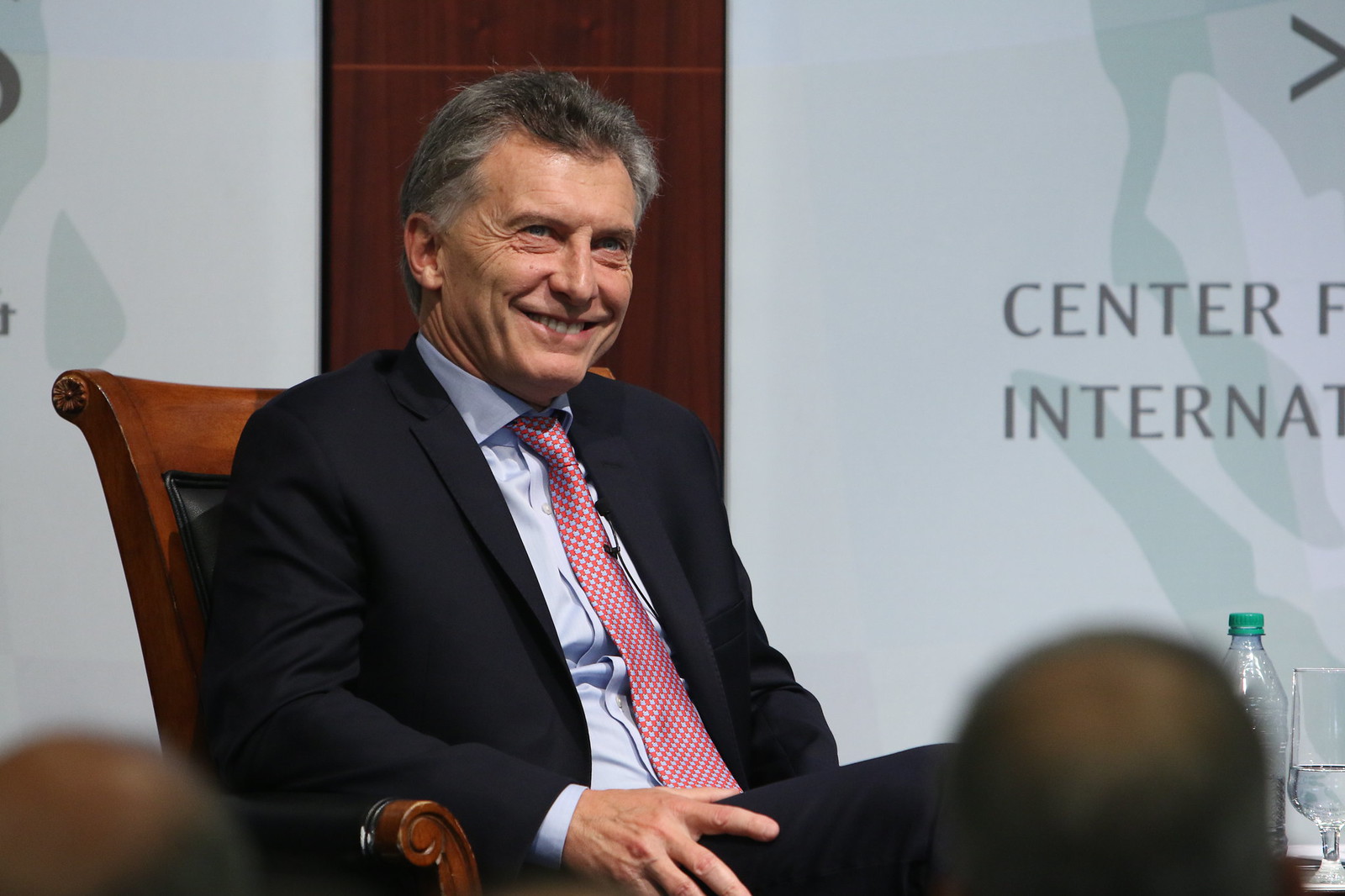 Though the COP21 negotiations promise to be complex, they also present an opportunity for the region to address existing vulnerabilities.

In the wake of the COP21 global climate talks, governments must shift attention to how they will actually follow through on the commitments made in Paris. One concept is central to achieving that goal – innovation.

As Latin American countries reassess their energy policies in light of lower oil prices, there is an opportunity to apply lessons learned from the US experience to enact regulations that mitigate environmental risks, strengthen public support, and attract investment.